“Democracy grinds to a halt without a willingness to compromise; or when even basic facts are contested, and we listen only to those who agree with us.” –

I started the day today with an email argument. Someone didn’t agree with an email that I sent out and vehemently stated their opinion as to why the things I had done were off base and just plain wrong. This is not a great feeling to kick off your day. Being called out is never easy and it is so easy to get angry. It’s easy to find the million reasons why you were right and h 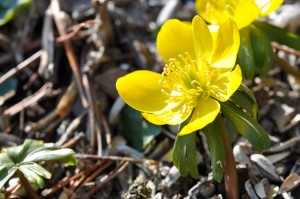 ow that person doesn’t understand. But I reminded myself to pick up the phone and listen. Listen to the other person because somewhere between where I was going and what they were saying was a better way.

So don’t be afraid of confrontation. The other person isn’t out to get you. But if you are open to it, that person may be pointing out the new you that does things differently. That person will be a little bruised but better than the person she was yesterday.